The Mehr News Agency, the Tehran Times and the Russian Sputnik News Agency hosted their second joint webinar on Wednesday.

The topic of today’s webinar was “Psychological and Information Warfare and the Spreading of Fake News by Western Media Against Iran and Russia”. The session was conducted in the Farsi language.

Yazdani also gave a summary of the history of the Mehr and The Tehran Times at the request of the Russian host of the event Ivan Zakharov, director of Sputnik’s foreign languages ​​department.

The reporter from Mehr said that the main topic of today’s event would be “Psychological and information warfare and fake news by Western media against Iran and Russia.”

Yazdani stressed the need for mutual cooperation between Russian and Iranian media in order to counter and overcome the monopoly of Western media.

Regarding fake news, he recalled the US invasion of Iraq in 2003 after creating fake news about Iraqi weapons of mass destruction.

Then the director of the international section of Sputnik gave a lecture on US policy towards Russia and Iran. He divided his lecture into four categories:

2- Accuse Iranian and Russian hackers of meddling in US elections and targeting US business entities: Zakharov said that US accusations and alleged cyber attacks by Russians and Iranians are ridiculous and unfounded and are in line with the interests of the United States Politicians.

3- Iranophobia and Russophobia: Zakharov said that American politicians are spreading Iranophobia and Russophobia to achieve their political goals. He traced Russophobia back to the 19th century and went on to say that the US government pursued the same policy after the Russian Revolution in October 1917. The Sputnik staff member also said that US government officials and politicians were wrongly accusing the working class and commerce. unions to be supported by the Russian government in order to put aside their legitimate demands.

4- Influential role of the American president in the formation of the theory of American intelligence towards Iran and Russia. Zakharov said there is no difference between the Democratic and Republican presidents, as both presidents use Russia and Iran issues to advance their policies. 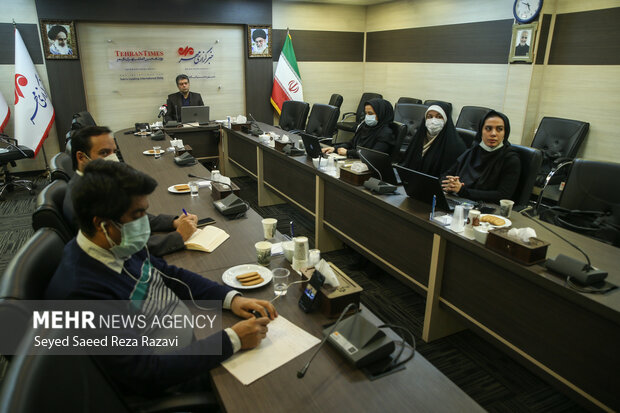 Responding to a question from the audience about the difference between US sanctions against Iran and Russia, Zakharov said that Russian sanctions have never been more severe and harsh than the sanctions imposed on Iranians in the past 40 years. last years since 1979. revolution.

Russian hosts for the event further said the Russians may need to learn from the Iranian nation’s patience and resistance to sanctions.

The Russian side further questioned Yazdani about the impact of the sanctions on the livelihoods of the Iranian people. The reporter from Mehr replied that although the US sanctions have created difficulties for the Iranians, they have not been crippling and life continues in Iran.

At the end of the session, the editor-in-chief of the English service of Mehr suggested to the Russian side that Iran and the Russian media could form a common entity under the name of “Media club of sanctioned countries” with the participation other countries. media opposing the unipolar system to counter information warfare and fake news from Western media, which received a warm welcome from Sputnik.

Yazdani also referred to Western efforts to create Russophobia among Iranians and said that public diplomacy and increasing contacts and cooperation with people’s participation could play an important role in foiling these Western plots. Yazdani and Zakharov stressed that journalists and media in both countries must do something about this.

The two sides also expressed their willingness to hold similar meetings in the future.

The first joint webinar was held in English last Tuesday, highlighting the bad image that the mainstream Western media gives to Eastern countries.